What Does 2016 Have in Store for Boston Venues and Events? 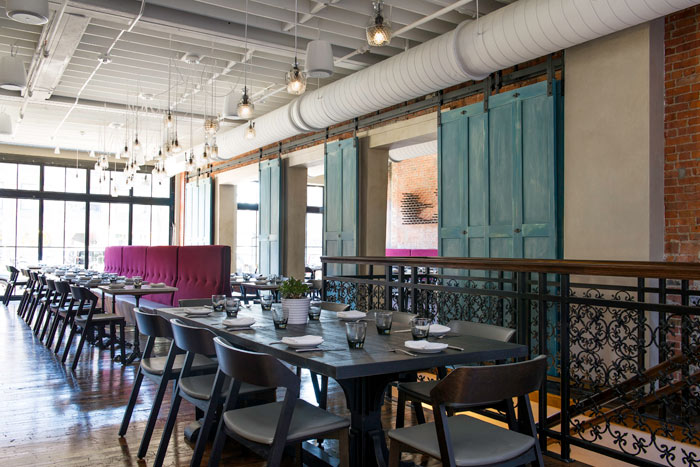 Looking for a new venue to host your next event? Here are the most anticipated Boston restaurants, corporate event venues, hotels, conference centers, and party rooms to open this year.

1. Currently in the middle of the biggest renovation since its opening in 1949, the Museum of Science is in the process of creating the Yawkey Gallery on the Charles River.

3. Table at Season to Taste is a contemporary French restaurant from chef Carl Dooley, who appears on the current season of Top Chef. He and catering industry vet Robert Harris will open in mid-January on Massachusetts Avenue in Cambridge.

4. Chef and World Barbecue champion Andy Husbands will open Smoke Shop in early spring. Housed in the former Tommy Doyle’s space, the restaurant has undergone complete reconstruction with an array of event spaces.

5. With high demand for event space at Puritan, the beloved Cambridge restaurant just took over the empty space next door. Beginning in January, it will become Puritan and Company, a private dining space that will hold 30 guests.

6. Juliet will be the first brick-and-mortar concept from Bread and Salt Hospitality. The casual Union Square café and restaurant will seat 19, including at a six-seat dining counter.

7. Hotel Commonwealth in Kenmore Square debuted a new wing in mid-December and is now booking for 2016 events. Thanks to the expansion, there’s now 6,000 square feet of meeting space, a 2,000-square-foot outdoor terrace, and nearly 100 additional guest rooms and suites.

9. Stoked Pizza, the beloved food truck known for its regular spots on the Rose Kennedy Greenway and Lawn on D, announced plans to open its own spot in Washington Square.

10. Chef/owner Rachel Klein will debut RFK Kitchen in Needham in April.  The space will be available for buyouts; smaller groups can book a semi-private space with audiovisual capabilities that will seat 12, a front lounge for receptions of 30 guests, or an interactive chef’s counter for 26 guests.

← This NYC Startup Will Make Your Next Business Trip the Easiest Yet
The Evolution of Event Technology: What’s Changed Since 2000? →
Scroll to Top