Must-See Modern Marvels of the World 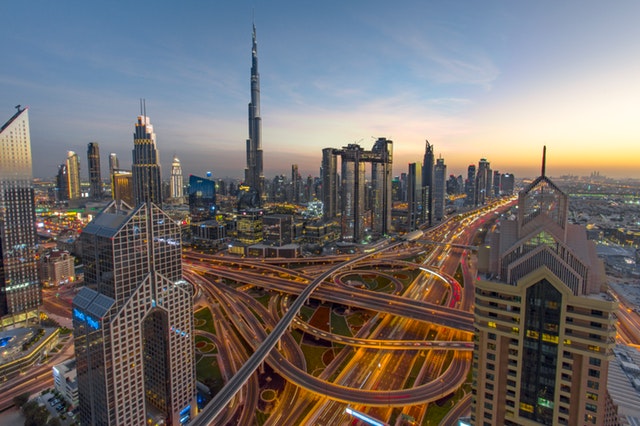 With more and more business travelers trending toward bleisure trips, here is a shortlist of some of the most interesting modern marvels around the world. Maybe 2020 will have you adding one or two of these amazing structures to your bucket list.

Commonly referred to as “The Bird’s Nest,” the stadium was built for the 2008 Summer Olympics in Beijing, China. Although not one of the largest stadiums in the world, as its capacity is only 80,000 people, it is considered to be the largest steel structure in the world today. Originally conceived to support a retractable roof, later design revisions removed the roof as a cost-saving, leaving “The Bird’s Nest” aesthetics in place. The architectural design was a joint effort among Herzog & de Meuron and China Architect Design & Research Group. The stadium features a renewable water source that purifies rainwater 24-hours a day to be used throughout (and around) the stadium, renewable geothermal energy, and applies solar photovoltaic power generation technology, making it a true green structure. A possible venue maybe for when Beijing once again hosts the Olympics, this time winter 2022?

Completely manmade of rock, limestone, and sand, the Palm Islands in Dubai, United Aram Emirates are the world’s largest group of artificial islands – Palm Jumeirah, Deira Island, and Palm Jebel Ali. The master plan was created by American architectural firm Helman Hurley Charvat Peacock and was built by the now Dubai government-owned real estate company Nakheel. Construction began in 2001 using high-tech GPS systems and was commissioned by Sheikh Mohammed to add 320 miles of beaches for a one-of-a-kind tourist destination.  Bridges, a monorail system, and underwater tunnels connect the trunk, spine, and palm fronds of Palm Jumeirah, the only fully completed island, to luxury hotels, marinas, beachfront properties, shopping malls, restaurants, apartments, theme parks, sports facilities, and high-end homes. The 2008 financial crisis halted the development of the other two islands, with only the land reclamation for Palm Jebel Ali having been completed. Deira Island is still pending, with plans for a less ambitious four-island development instead.

Not to be outdone by the Palm Islands, standing at 2,722 feet (163 floors), the Burj Khalifa in Dubai, United Arab Emirates currently holds the title of the world’s tallest building. Designed by Skidmore, Owings, and Merrill (SOM), which also designed the Willis Tower (formerly the Sears Tower) in Chicago and the One World Trade Center in New York City, the Burj Khalifa took six years to complete. The architectural marvel houses corporate offices/suites, private residences, multiple swimming pools, hotel accommodations, shopping, dining, observation decks, and more. There are more than 1,000 pieces of art featured and 24,348 windows. It also holds the record for the world’s largest LED screen (on the outside of the building), topping in at a massive 33,000 square-foot LED wrapper. A great experience for the world traveler that doesn’t mind heights.

The Millau Viaduct holds the title of the tallest bridge in the world, coming in at 1,104 feet high. A cable-stayed bridge over the gorge valley of the Tarn near Millau in the south of France, the bridge was designed by engineer Michel Virlogeux and architect Norman Foster. Construction began in 2001 and was completed in 2004. Shortly thereafter, in 2006, the bridge design was honored with the Outstanding Structure Award by the International Association for Bridge and Structural Engineering.

For insight on dozens of other must-see modern marvels of the world, such as Three Gorges Dam and the Bailong Elevator in China, the English Chunnel, Hoover Dam in Arizona, Venice Tide Barrier Project in Italy, and Christ the Redeemer Statue in Brazil to name a few, check out History channel’s Modern Marvels.