Connecting Paris To Other European Cities Without Public Transportation 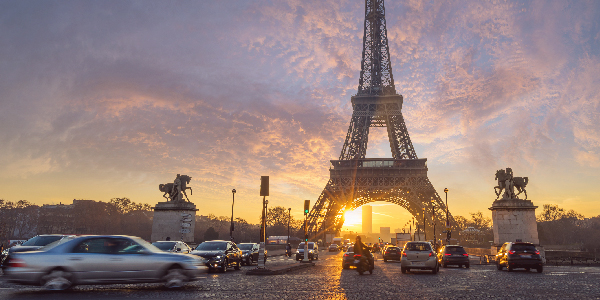 Mass public transportation is generally considered one of the most environmental and cost-efficient ways to travel, especially in Europe, where the cost of gasoline is high. Tourists and residents alike flock to the trains, light rail, and bus systems to get to work, sightseeing spots, vacation venues, and other destinations. But what if you’re on your Parisian vacation and there is a sudden transportation worker strike that has no end in sight? You might think that you’re out of luck for getting around, but, in fact, for a few more euros, you can remain on schedule in Paris and beyond.

Private coaches and chauffeured vehicles are among the best ways to have a comfortable and easy trip around Paris (and to other cities in Europe). Dav El | BostonCoach has a fleet of vehicles and chauffeurs available from airports and other locations throughout Europe, and can easily be booked online or via its app.

Another way to get around Europe from Paris is via a quick airline flight. It’s incredibly cheap to hop on a flight from cities across the continent, and a great way to explore new countries that are so close to Paris. You can check out flights and more information at this site.

A final option, to avoid public transportation, would be to rent your own vehicle. The steps for renting a car in Europe are very similar to the U.S. but American drivers have to bear in mind that directions will be in a foreign language, roadways are marked differently, and driving mannerisms can vary from country to country.

So while you can generally choose to take public transportation to your Parisian destination and others, if there’s an issue, there are several options to choose so your vacation or international trip isn’t disrupted.